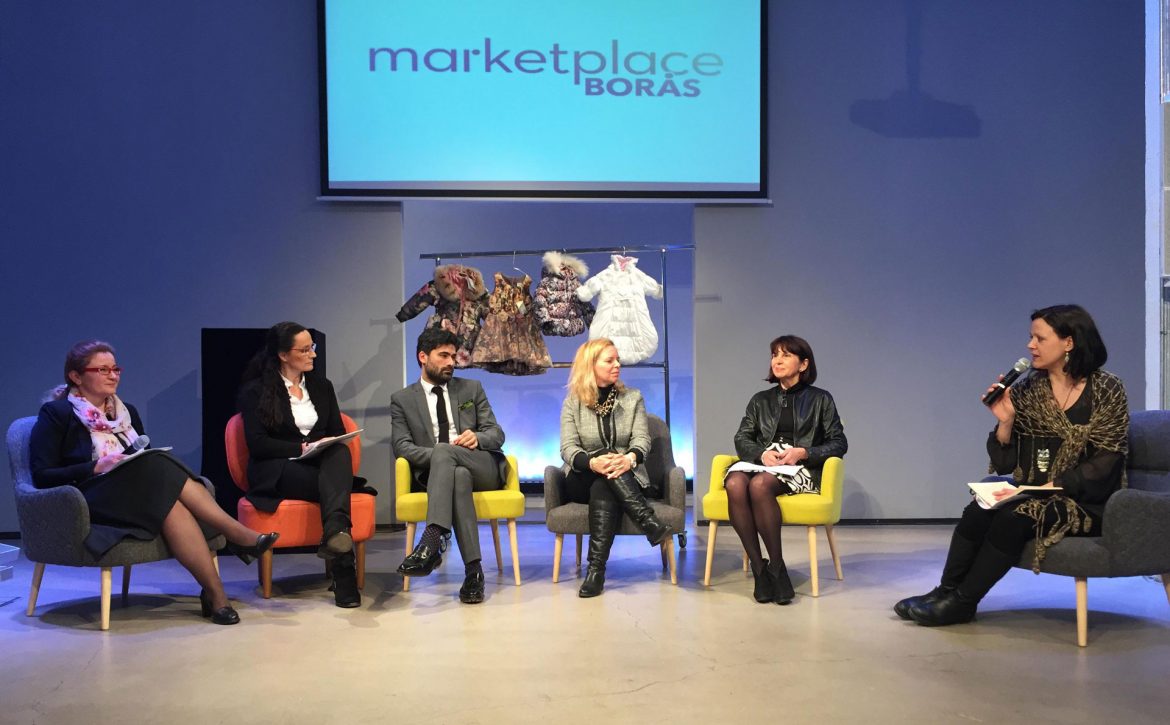 Audience had the opportunity to hear about trending business and investment opportunities in SEE textile markets. These markets offer long tradition in textile manufacturing, fast service, low minimum orders, and swift delivery to Sweden with superb quality. Moreover, fashion scene in SEE is arising together with great and perspective young designers and fashion brands. 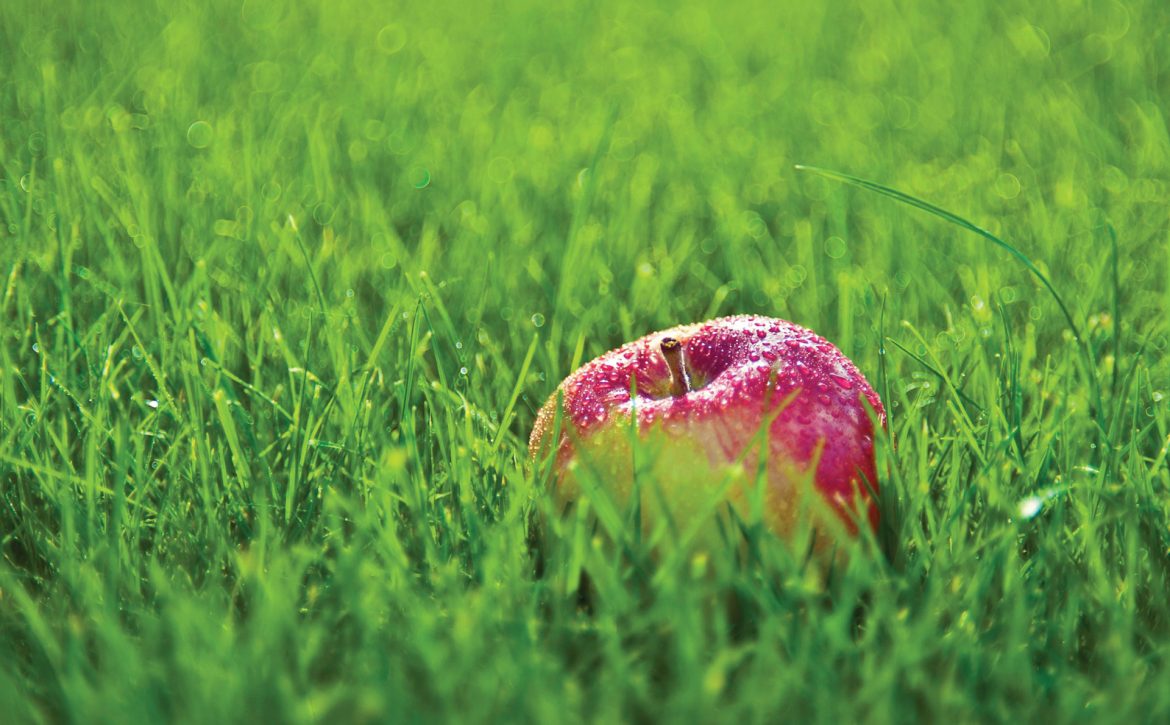 Located in the heart of South-East Europe, with ideal continental climate, fertile river valleys, sunny mountain landscapes, and Vojvodina plain as one of the largest granaries of Europe, Serbia boasts ideal natural conditions for growing crops, fruits and vegetables. The soil is still one of the cleanest in Europe, and most of the agriculture products are grown in perfect conditions.

When speaking of fruits, it has to be emphasized that it is hand-picked, carefully stored, and packaged in order to attain the highest possible quality and a unique flavor. Serbia’s diverse climate and ample land resources also create unique opportunities for the development of primary vegetable production.

Fruit production is one of the key sub-sectors of Serbia’s economic development and therefore given a strategic treatment by the Government of Serbia. In 2014 export of Serbian fruits increased for 11,4%, comparing to 2013, thanks to the increased production volumes of agricultural products and the use of new technologies.

In 2013 Serbia accounted for more than 40% of entire EU production and around 24% of global raspberry production. With around 68,000 tons produced and export revenues amounting to $230 million, Serbia was the largest exporter of raspberries in 2013 globally.

Around 80-85% of raspberry production is intended for export, mainly frozen in bulk. This constitutes a huge potential for investors who are thinking to start a production of final products with all kinds of different berries such as: spreads, jams, toppings, ingredients for ice-cream industry, fruit cubes for yoghurt production, etc.

Due to ideal climate conditions in southern Serbia, Serbian Oblacinska sour cherry reaches a global maximum of 19-21 briks. Depending on the season, annual export of Oblacinska is more than 90,000 tons and it is being used by all major European food-processing factories. Beside this, plums occupy more than 50% of orchards in Serbia, namely 42 million trees. They are mostly used for production of domestic plum brandy internationally known as “sljivovica”, while a minor part is used for drying and processing into plum jam and plum confiture, the most common breakfast sweet spread.

Serbia also has excellent climate conditions for vegetable production, which makes Serbia the main exporter and supplier of the South Eastern Europe. The most popular vegetables produced in Serbia are: paprika (pepper), cabbage, tomato and potato. Pepper production is oriented towards pasteurized pepper in different forms: shredded, cooked and roasted. Due to dry matter in it, majority of red pepper is used for production of aromatic spices, but also for preparing a traditional Serbian winter dish – “Ajvar”spread. Ajvar is prepared using a special recipe, with red peppers and eggplants, and could nowadays easily be found on every continent. Serbia has two very famous markets and pepper production centers: Leskovac area for production of dry and fresh pepper and northern Serbia for production of mild, hot, and crushed pepper for industrial spices. EU food processing industry is well acquainted with the quality of Serbian red pepper, as it is heavily using it for processing. Region around the city of Futog is famous for producing cabbage good both to be used fresh and for further processing. For example, Futoski cabbage is perfect for making Sauerkraut.

An excellent raw material base, network of FTAs (Free Trade Agreements), long tradition of high-quality food production and strong regional brands are key reasons world class companies have come to Serbia. The agro-food sector accounts for a massive proportion of foreign direct investments, whether in terms of value or of the number of projects.

By the means of the set of free trade agreements Serbia serves as a platform for duty-free export of foodstuff to a market of more than 800 million people. In addition to being the only country outside the Commonwealth of Independent States (CIS) that has a free trade agreement with the Russian Federation, Serbia has such an agreement with the European Union and a number of other countries. That particular fact makes it a bridge between the east and the west and a hub for Euro/Asian market. Free trade agreements with EU, EFTA, CEFTA and Turkey allow for mutual accumulation of origin, as do the agreements with Custom Union of Russia, Belorussia and Kazakhstan, respectively. Export of agricultural products is on a constant rise and so is the trade balance that stood close to a billion euros in 2013. Serbia is the biggest exporter of foodstuff among CEFTA countries and the only net exporter.

Made-in-Serbia food is present around the globe, from Japan to the US, and is sold under Serbian brands and through world’s largest supermarket chains such as Tesco, Lidl, Asda, Spar, Carrefour, Metro, Idea, Leader price, X5 Retail group, Magnit, Auchan Group and Dixie Group, Kopeika, and Rewe. In the 2014, Serbia exported $2.8 billion of agriculture produce, which is for 12.3% higher than in the same period last year, making it one of the few industry sectors recording a trade surplus ($1.3 billion). International customers keep increasing orders for Serbian truffles, raspberries, apples, corn, juices, concentrates, purees, jams, frozen and dried fruit and other first-class produce.

Over the past decade, Serbian food industry highlighted the list of most attractive sectors for foreign investors. United States’ PepsiCo, Molson Coors, German NordZucker, Austrian Rauch, United Kingdom’s Mid Europa Partners, Denmark’s Carlsberg, and Belgium’s AB InBev and many others have built their factories in Serbia in order to supply local, but even more so markets of EU and the ever growing Russian market.

Serbian food products can also be found at the Sweden market. For many years Sweden is the most important economic partner of Serbia within the Nordic countries, but there still are plenty of possibilities for increasing mutual cooperation. According to the Statistical Office of the Republic of Serbia, overall Serbian export to Sweden amounted €50 million, and imported goods from Sweden in the amount of almost €170 million.

One of the leading food exporters from Serbia, and surely overall leader in exporting to Sweden is Sirogojno Co.

Sirogojno Co. is a family owned and run company. It was founded in 1991 in the village named Sirogojno in the region of Mount Zlatibor in Western Serbia. Ever since it has grown into one of the largest processors of frozen and dried fruit from Serbia, exporting in 35 countries across 4 continents. The core of the company’s business is the cooperation with the local community, the farmers who grow the fruit that is later processed and distributed by Sirogojno Co. across the world. The number of farmers is close to 4,000. The cooperation with them is based on continuous support by Sirogojno Co.’s field and crop experts, help through crediting for the purchase of fertilizers, irrigation systems and plant protection as well as educational seminars organized during the winter months. In addition to that, Sirogojno Co. aims at improving the quality of life within the region by initiating and carrying out numerous projects in order to improve infrastructure, health care and educational system as well as the cultural offer of the region. Sirogojno Company strives at combining the tradition of fruit growing and the favorable climatic conditions of the region with the latest standards in the food industry in order to produce best quality fruit at the highest possible level of food safety.

The products of Sirogojno Co. are divided into two areas – frozen and dried fruit. Within the two areas the products are divided into products packed for the retail and the ones processed for further industrial use. This diversification helps to attract a larger number of potential clients and markets. Besides raspberries, Sirogojno Co. is processing blackberries, wild blueberries, plums, sour cherries, black and red currants and strawberries among others. The dried fruits are produced through the process of sugar infusion which helps keep the color, structure and taste of the fruit and preserves it guaranteeing shelf life.

The production facilities of Sirogojno Co. are all certified according to IFS, BRC and ISO22000. Furthermore, the company fulfills the BSCI and Sedex social standards and the company’s farmers are GlobalGAP certified. The equipment used for processing is of the latest standards in the industry and helps to assure a maximum level of hygienic standards and well as product quality and safety.

Sirogojno Co.’s export markets are the US and Canada, Japan, Australia, and most of the EU countries including Sweden, which has been an important market to the company ever since the introduction of its products in 2001. Since then the volume of products exported grew by nearly 20 times and more products and packages have been introduced.

A fair price paired with superb quality have been the key to success on the Swedish market for the last 14 years, especially when it comes to retail. Sirogojno Co. has build a successful relationship with ICA packing their private labels and assuring the highest possible quality and product safety to both the client as well as to the end consumers. Swedish consumers are very conscious towards ethical standards throughout the production chain, so company’s dedication to social responsibility has been an important aspect for building a successful and sustainable relationship with Swedish companies.

By Serbia Investment and Export Promotion Agency and Sirogojno Co.

Read More
BACK TO TOP